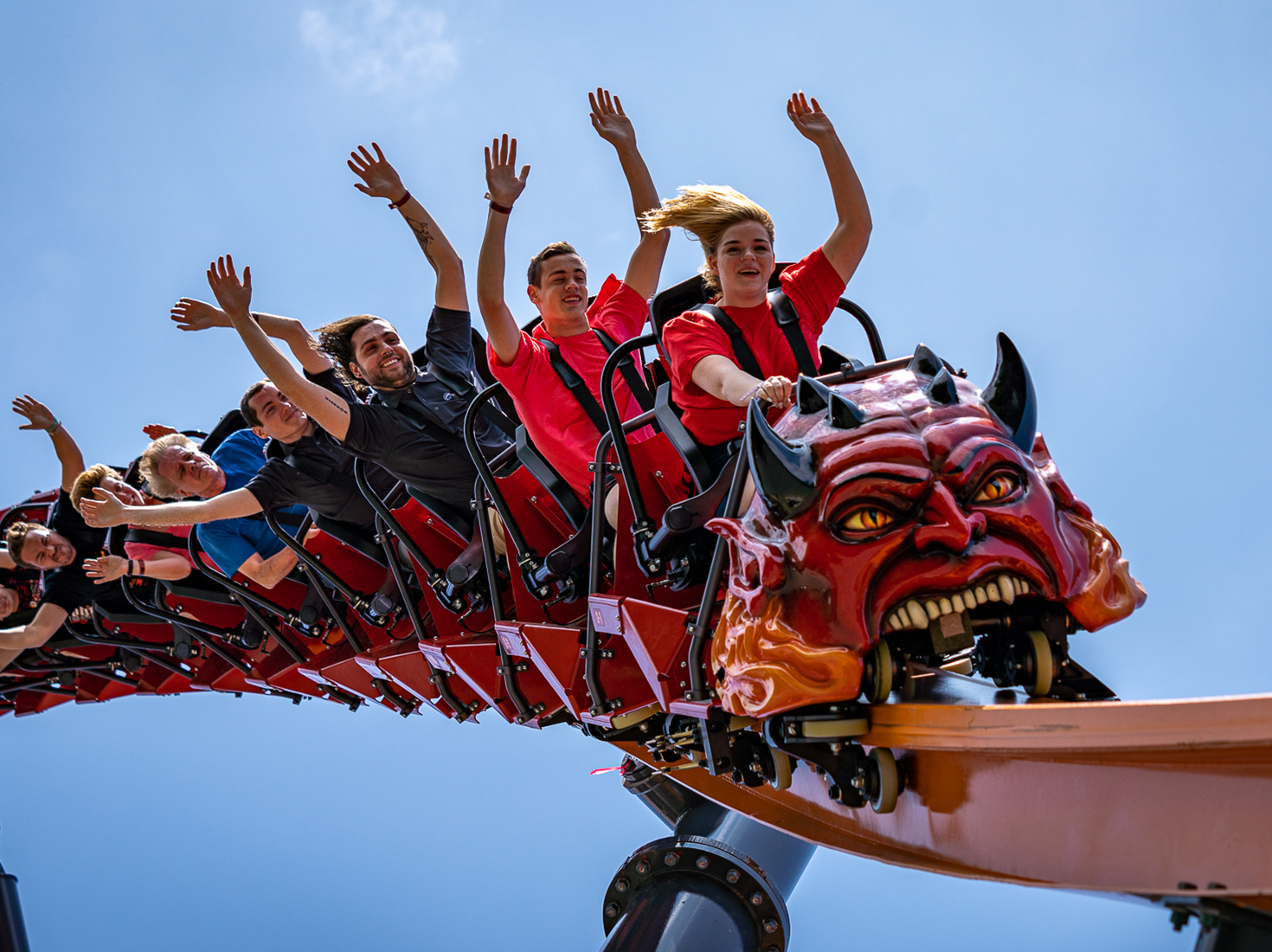 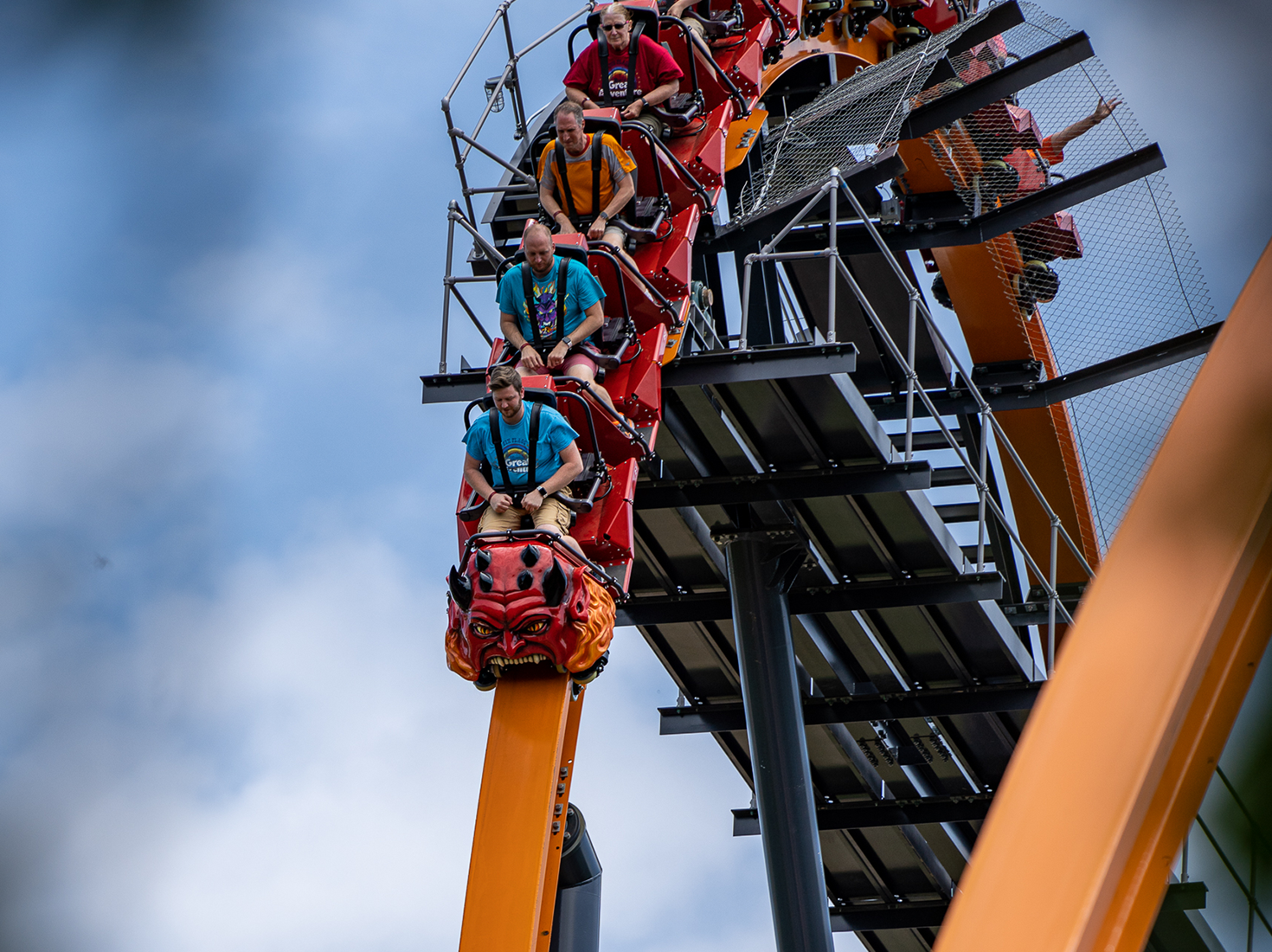 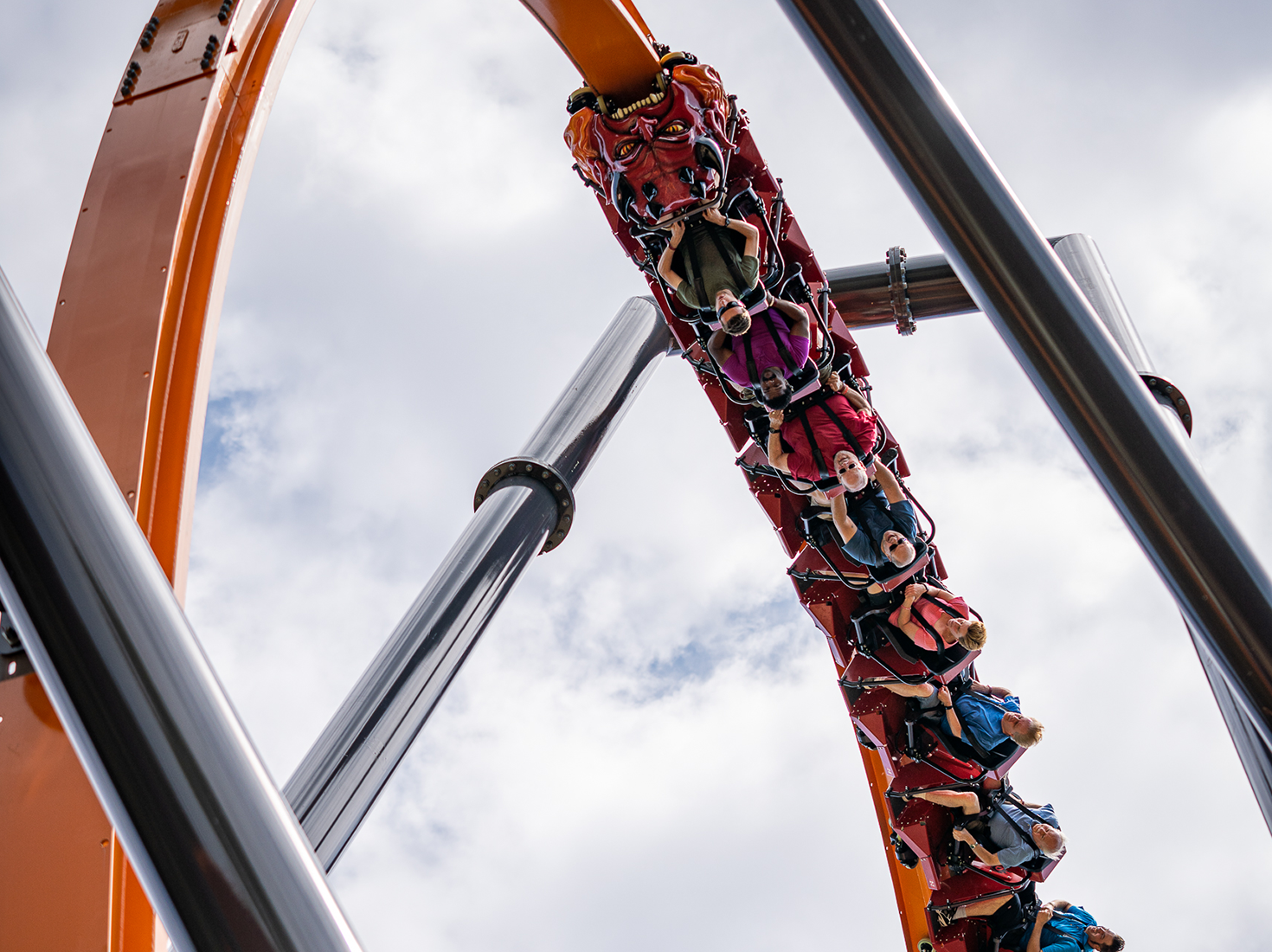 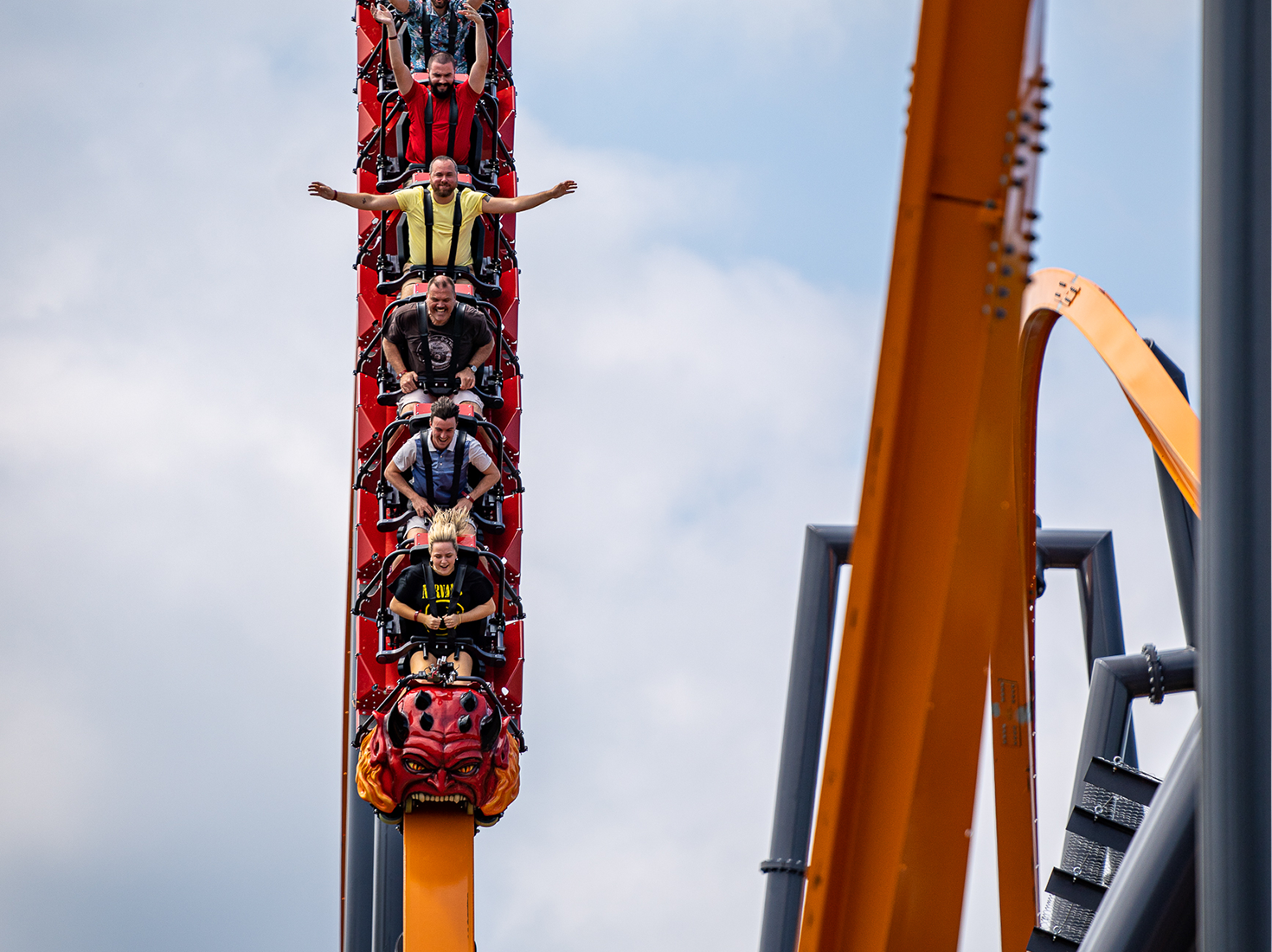 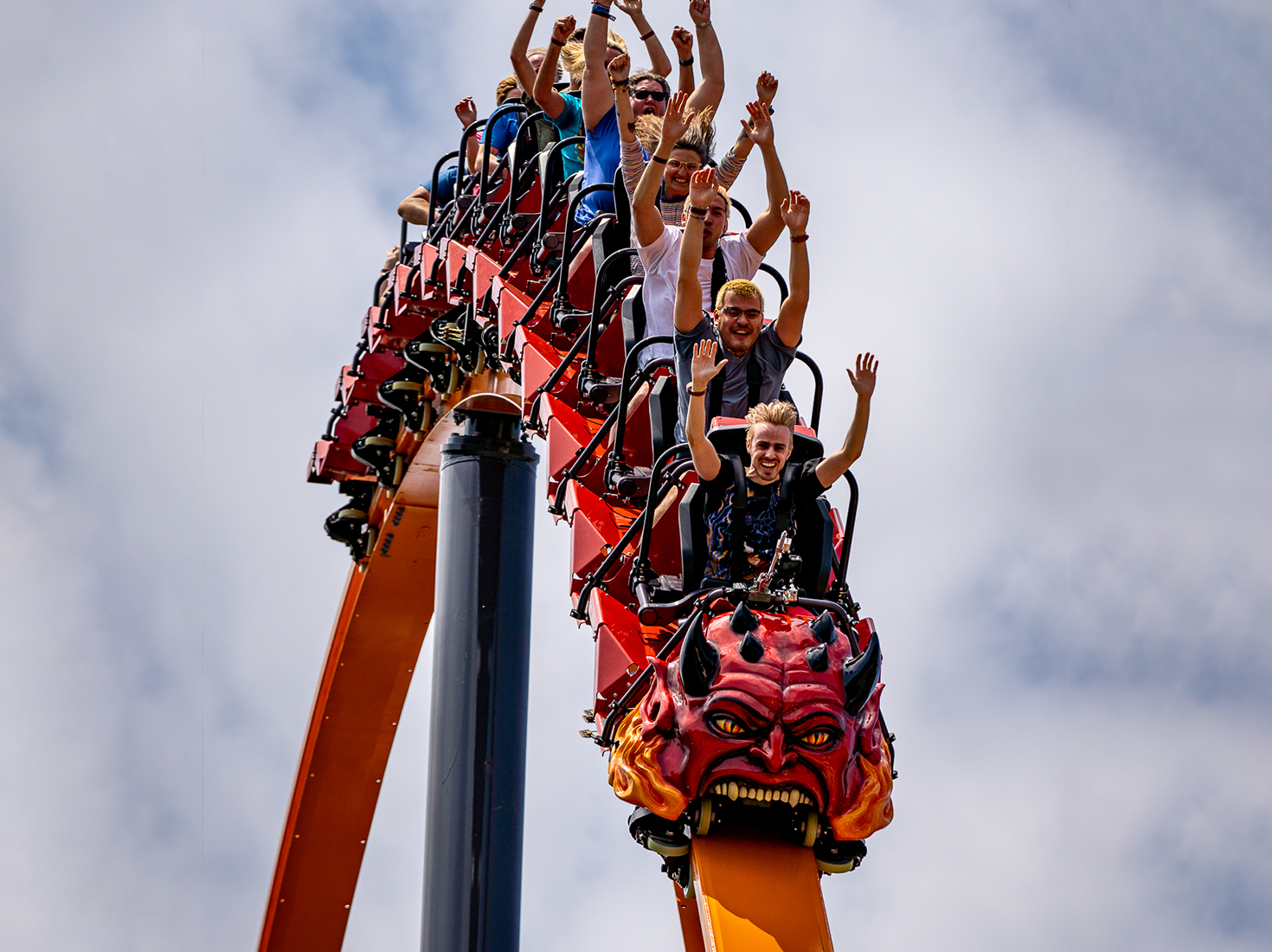 Jersey Devil Coaster is the first single-rail roller coaster in the Northeast! After going up the 130 foot (40 m) tall lift hill, riders fly down an 87 degree drop, a dive loop, and then into a 180 degree stall. But wait, this beast is just getting started! See if you can brave what lurks deep within the New Jersey Pine Barrens… See if you can brave the Jersey Devil Coaster!