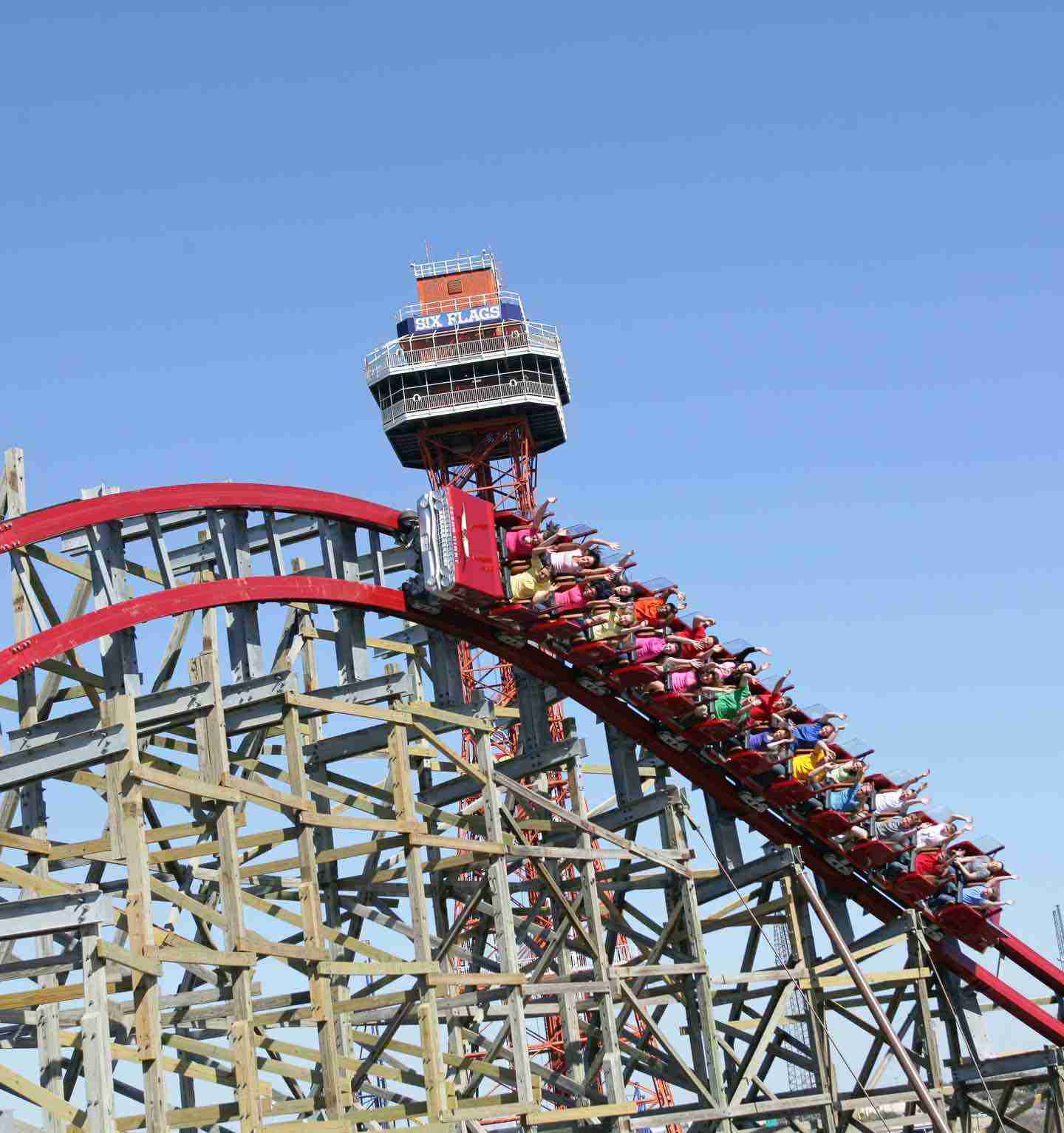 Everything is bigger in Texas, and there’s no debate here – you’re looking at one of the best steel hybrid roller coaster in the world. What’s a hybrid? That’s a coaster that combines the best of all worlds – classic wooden architecture and the latest in high-tech steel engineering. It all adds up to one of the smoothest high-speed steel coasters on the planet.

You may remember the legendary Texas Giant from when it first opened as a world class wooden coaster. To celebrate its 20th birthday, this magnificent structure was brilliantly remodeled with the very latest in steel track technology, taking a classic into the new millennium and beyond.

Six Flags Over Texas is a 212-acre (86 ha) theme park located in Arlington, Texas, east of Fort Worth and west of Dallas. It is the first amusement park in the Six Flags chain. The park opened on August 5, 1961, following just a year of construction and an initial investment of US$10 million by real estate developer Angus G. Wynne, Jr. The park is managed by the Six Flags Entertainment Corp., which also owns 53.1% interest of the Texas Limited Partnership that owns the park. A similar arrangement exists with the partnership that owns Six Flags Over Georgia.[3] Six Flags Over Texas Fund, Ltd, a private-equity and asset management firm headed by Dallas businessman Jack Knox, purchased the park in 1969.
Learn More Information